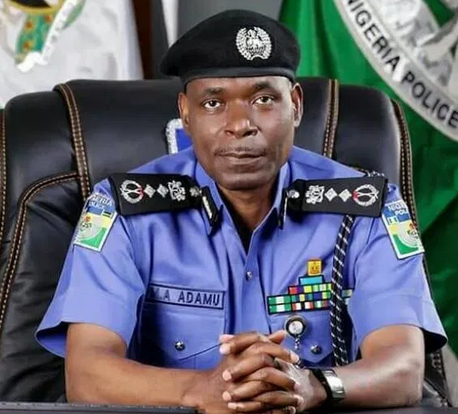 Members of the Abba Security Watch locally setup by the Abba Autonomous Community Development Union, on Wednesday, October 23, 2019 rescued a kidnapped victim in a forest at Abba community in Nwangele Local Government Area of Imo state.

The victim who was said to have been shot in the leg by his abductors is a middle aged man .He was abducted by the gunmen in Ahiazu Local Government Area of the state on Monday and was kept in the forest before the vigilante group on Wednesday rescued him.

Orlando Ikeokwu, the Police Public Relations Officer commended the group for its activeness in eradicating the security challenges faced in the state.

He further confirmed that the victim has been handed over to the Nwangele Police Division and a manhunt has been lunched for the fleeing kidnappers.

Two lecturers abducted six days ago by gunmen suspected to be kidnappers in Kaduna, have reportedly escaped from their captors.

The lecturers, who are biological brothers and indigenes of Kebbi State, were abducted six days ago at Mahuta in Igabi Local Government Area of Kaduna State.

Adamu was the first to be abducted by the gunmen, while Umar, who later went to deliver N2 million and a brand new motorcycle as ransom for the release of his brother, was abducted after the bandits collected the ransom.

The Spokesperson of Kebbi Indegenes Resident in Kaduna and Garkuwan Wakilin Sarikin Zurun Kaduna, Garba Muhammad confirmed this development on Sunday, 17 Nov., 2019. He further said that the two siblings have escaped from their kidnappers and arrived the palace of Wakilin Sarkin Zurun Kaduna and were received by the Wakili.

Garba, also disclosed that after paying additional N3 million as ransom, the kidnappers made a fresh demand of N10 million before they would release the lecturers.

According to him, the fresh N10 million demand could not be met. He added that it was with the assistance of security agents that the two lecturers escaped.

Confirming their escape yesterday in a statement, Public Relations Officer, Kaduna State Police Command, Yakubu Sabo, assured the families and members of the public that the perpetrators of the crime would be apprehended and brought to  justice.

“Today 17/11/2019, at about 11.51 a. m., the Command received information from the family of the two kidnapped lecturers: Adamu Chonoko from Ahmadu Bello University and Umar Chonoko from Kaduna Polytechnic that, the duo have managed to escape from the den of their kidnappers.

Kaduna State Commissioner of Police, Ali Aji Janga, while rejoicing with the families and friends of the victims, assures the families and members of the public that, the perpetrators of this crime will be apprehended and be brought to face justice.”

The Lagos State Police Command is currently investigating a man for allegedly killing a sex worker in a hotel in Surulere.

Babatunde Damilare who is said to be a regular at Edo Hotel, Atan Street at Empire area of Surulere Lagos, had attacked one of the sex workers, Elochukwu with a knife following an argument over the price of a round of sex.

However, during the argument, Babatunde stabbed Elochukwu severally on the neck which led to her death.

A witness, Wasiu explained that Babatunde, who is a regular at the hotel, stabbed the sex worker with a kitchen knife, He further explained that he also attacked two other men who tried to stop him from fleeing the scene.

The Police Command Spokesman, DSP Bala Elkana said while confirming the incident that the suspect has been arrested by the Homicide detectives led by the Divisional Police Office Surulere Police Station, CSP Adebayo Adeoya and that the corpse of the deceased has been deposited at Mainland Hospital morgue in Yaba for autopsy.

The investigation is ongoing and the suspect will be charged to court.

Police in Kogi State on Wednesday, 06 Nov., 2019 confirmed that five (5) students were killed in the State’s University.

In a statement, the Command Public Relations Officer, DSP WIlliam Aya in Lokoja made it clear that five (5) students lost their lives and not thirteen (13) students as earlier reported.

He listed the casualties to include;

Justice Keke, a 300-level student of Physics Department who was killed in the campus after a theatre production on November 1st, He also said that a yet to be identified corpse was found in an uncompleted building behind the university on November 2nd.

DSP WIlliam Aya further stated that Abdrulraman Usman, a 200-level student of History Department was killed at his father’s lodge on November 3 and also on November 3, two corpses, identified as that of Oloruntoba Godwin, a 400 level student of Geo/Planning Department and Ajileye Richard, a 200 level Accounting student, were seen inside the bush behind Harbor Bay Hotel.

” The state Commissioner of Police, Mr Akeem Busari, had urged the citizens to disregard the misleading reports and assured the people the Force readiness to provide a secure environment for all”

The suspect, our correspondent gathered, first appeared in court on Tuesday, for allegedly raping a 15-year-old girl.

It was further gathered that he escaped into the premises of the Government House in Abakaliki and the policemen searched for him to no avail until another security personnel on duty inside Government House spotted him and handcuffed him.

The security personnel, it was learnt, demanded to know his mission and where he was headed for before handing him over to the police.

The police prosecutor, Inspector Edet Effiong, said the accused committed the offence for which he was to be first arraigned on October 16, 2019, at Umoghara village in the Ezza South Local Government Area of the state.

He was re-arraigned on Wednesday before the Abakaliki Magistrates’ Court on one count of unlawful escape from police custody.

According to the police prosecutor, the offence is punishable under Section 135 (a) of the Criminal Code Law, Cap 33, Vol. 1, Laws of Ebonyi State of Nigeria, 2009.

The first charge read, “That you, Ojukwu Chika, on October 16, 2019, at Umoghara village in the Ezza South Local Government Area of Ebonyi State, in the Abakaliki Magisterial District, did have an unlawful sexual intercourse with a 15-year-old girl, thereby committing an offence punishable under Section 34 (2) of the Ebonyi Child Right Law and Related Matters, 2010.”

The new charge read, “That you Chika Ojukwu, on October 29, 2019, at the Abakaliki Court gate in the jurisdiction of this honourable court, did unlawfully escape from police custody, while being taken to court for arraignment, thereby committing an offence punishable under Section 135 (a) of the Criminal Code Law, Cap 33, Vol. 1, Laws of Ebonyi State of Nigeria, 2009.”

The Chief Magistrate, Ruth Nwali, directed that the case file be transferred to the Director of Public Prosecutions in the state for necessary action.

She remanded the accused in the Nigerian Correctional Centre, Abakaliki, and adjourned the matter till December 30, 2019, for hearing.