Sports Writers Association of Nigeria (SWAN) has suspended 9 of its members over alleged violation of its amended statutes and engaging in activities detrimental to the association.
This was contained in a  communiqué signed by its Secretary, Jacob Onjewu Dickson, issued on October 16, 2019.
According to the communiqué, the decision was taken from its congress held at the Media Centre, Ahmadu Bello Stadium Kaduna on Tuesday October 15, 2019.
“Suspends the following members for engaging in anti SWAN activities and flagrant disobedience to its statutes.
Zango Jacob,  Abdulwaheed Olayinka Adubi, Mayen Etim, Abiola Gbenga Folorunsho, Tunde Garba and Gbenga Kehinde
Others are  Zainab Tanimu, Zaharadeen M. and  Benjamin Auta.
“That their suspension is indefinite until their illegitimate actions is rescinded accordingly.
“That the public is advised not to engage in any activity or business with them as they are not legitimate or will be doing so at a risk.
“That any attempt to use the name of SWAN which is a registered entity will meet legal actions,” the communiqué informed.

The meeting which lasted for over two hours was presided over by the State Chairman Isaiah Benjamin and had in attendance Zonal Secretary SWAN North West, Abdulraheem Aodu, as well as an apology from the immediate past SWAN President, Saidu Abubakar.

After an extensive deliberation on matters of importance which includes, membership revalidation,  triennial delegates conference Portharcourt, Rivers State, illegal actions of some of her members, present position between NUJ and SWAN, it condemned in the strongest terms the activities of some of her members who have resorted to pulling out of the association which has a Corporate image and urge them to thread with caution.
It explained that resolutions following amendment of the SWAN statutes is that members of SWAN who have professional qualifications are at liberty to remain as members of the Nigeria Union of Journalists (NUJ) while maintaining their membership in SWAN but membership of NUJ no longer a prerequisite to become member of SWAN.
The communique appealed that leadership of SWAN and NUJ should not allow their personal interest to rubbish the image of the fourth estate of the realm.
They commended Governor Nasir Ahmad el-Rufai for his giant strides in sports development in the state and urged him to sustain the tempo.

Kaduna SWAN commended the Ministry of Sports Development and Kaduna athletes in the recently concluded National Youth Games(NYG) which held in University of Illorin, Kwara State.

“The congress also urged the Ministry of Sports development to ensure early preparations towards sporting competitions particularly ahead of the National Sports Festival scheduled to hold in March, 2020 in Edo state to ensure good outing.

” Commended and pass a vote of confidence on the SWAN National Executive Committee (NEC) under the able leadership of the reelected President, Honour Sirawoo,” it contained.

Other matters discussed as contained in the communiqué include, preparations towards the National Sports Festival (NSF) Edo 2020 and State of Sports development in Kaduna State

Press Release: THE MISSED OPPORTUNITIES TO RESCUE THE CHIBOK GIRLS

Sowore: Why is he still in Custody? Emma Ike Agu asks.

A few hours ago, I spoke with Omoyele Sowore’s lead defense attorney, Femi Falana, a senior advocate of Nigeria, on learning that Omoyele is yet to meet his bail requirements.
Femi Falana ( SAN) told me (Emma Ike Agu) that Omoyele Sowore’s bail conditions had been met. I replied and asked him again why Sowore is still in government’s custody if his bail requirements have been resolved? Femi said, “call me on Monday, then I will be in a better position to tell you.”

Fellow Nigerians, please lend me two minutes of your time. I want to talk about a fundamental matter that concerns all of us — the issue of human rights violations in Nigeria with Omoyele Sowore as the subject matter.
Since August 3, 2019, Sowore was arrested by the Nigerian Department of Security Services (DSS) for alleged treason after calling for a protest tagged ‘#revolution now.’ Three months and still counting, the man is yet to regain his freedom.

A few hours ago, I spoke with Omoyele Sowore’s lead defense attorney, Femi Falana, a senior advocate of Nigeria, on learning that Omoyele is yet to meet his bail requirements.
Femi Falana ( SAN) told me (Emma Ike Agu) that Omoyele Sowore’s bail conditions had been met. I replied and asked him again why Sowore is still in government’s custody if his bail requirements have been resolved? Femi said, “call me on Monday, then I will be in a better position to tell you.”

Sowore since 1989 had always been out front. You may not like the man’s way of doing things; no one can deny the fact that Sowore, the publisher of Sahara Reporters is an activist. What even makes me sad over this whole issue was when I heard that no one stood as his surety.
To think that Sowore, a human rights activist and a highly intelligent Nigerian, is still in detention, months after the court granted him bail is utterly shocking and hard to believe. People will say-this is Nigeria, for you”. No, this is not Nigeria, we can be far better than this!

As much as I strongly disagree with some of Sowore’s journalistic styles, his arrest and continued detention by the government is wrong. The government should release the man without any further delay. The continued arrests and detentions of journalists and media personalities remain a big stain on our democracy. Nigerians have not forgotten how Dele Giwa, a foremost Nigerian journalist, was murdered. Just as individuals have the right to sue the government and enforce their fundamental human rights, the government should not hesitate to sue journalists who publish stories the government believes are inaccurate and a threat to our democracy and national security. Every civilized government follows this simple process. You don’t throw people behind bars, simply because you have the power and authority. It is wrong and immoral.

I regularly hear how media personalities based abroad who criticize the Mohhamadu Buhari lead government become targets of the security operatives at Muritala Moahhamdu airport. It is highly disturbing and most unfortunate and should be a significant cause of concern to every Nigerian, regardless of tribe and religion.

Please release Omoyale Sowore, immediately; we are living in 2019, this is not the 80s.

Garba Shehu: President Muhammadu Buhari has expressed the willingness of the Nigerian government to mobilize additional capital from development finance institutions for the upgrade of critical infrastructure in the country.
The President met with U.S Treasury Secretary, Steven Mnuchin in Riyadh on Wednesday and they had positive discussions on investments in Nigeria under the new United States International Development Finance Corporation (USIDFC), which provides $60 billion for investments in developing nations.
Speaking at the meeting held on the margins of the Future Investment Initiative (FII) forum, President Buhari said Nigeria will leverage on the U.S facility to address current challenges confronting her power sector as well as general upgrade of infrastructure.
The President thanked the U.S government for supporting Nigeria’s anti-terrorism efforts.
The President and Mnuchin also discussed areas of strengthening Nigeria’s ongoing collaboration with the United States on stopping terrorist financing.
Mnuchin was accompanied by Brent Macintosh, Under Secretary of the Treasury for International Affairs and Marshall Billingslea, Assistant Secretary for Terrorist Financing in the United States Treasury Department.
The Treasury Secretary used the occasion to introduce Macintosh who was recently promoted Under Secretary for International Affairs by President Trump after the previous Under Secretary David Malpass was elected President of the World Bank.
The Nigerian leader congratulated Macintosh on his elevation and requested for his continued support to Nigeria especially in accessing the $60 billion infrastructure fund under the USIDFC. 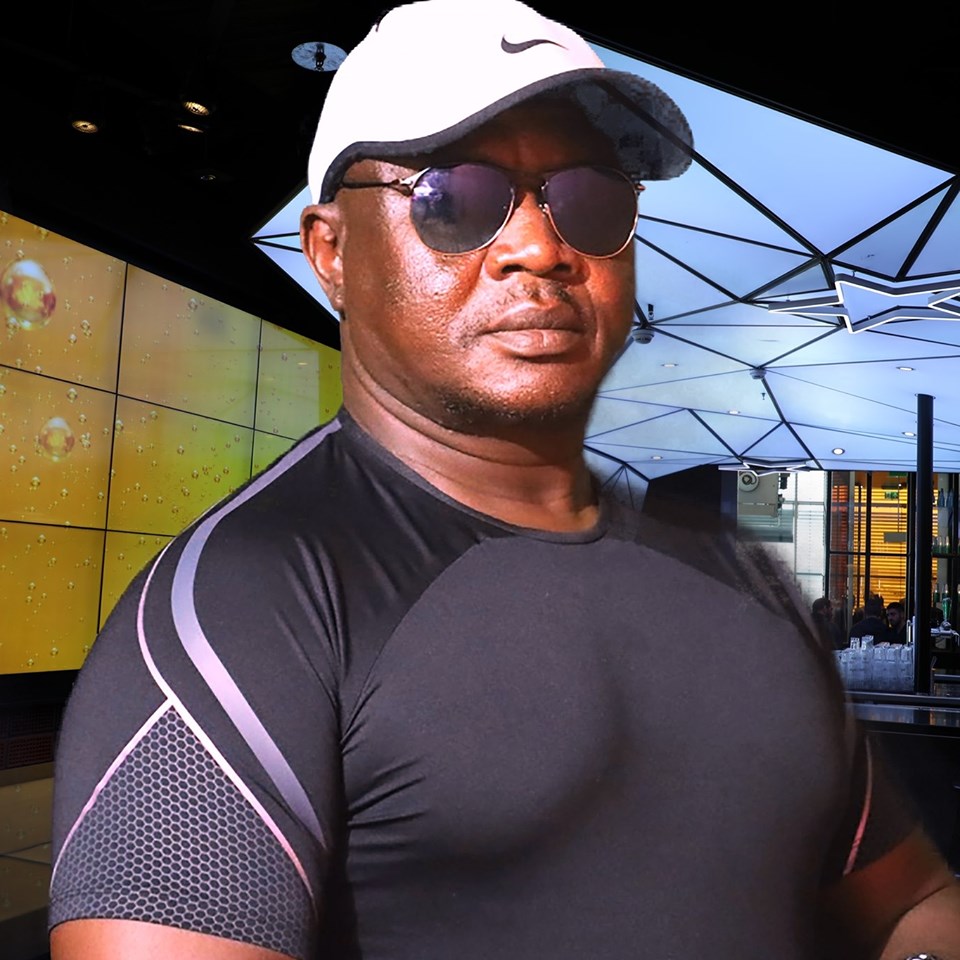 Yesterday morning, I recieved a message from Prince Emma Kanu, who informed me he lost his beloved mother. I shared the sad news with prominent Igbo leaders, including the President General Of the Ohaneze Ndigbo, Dr. Nnia Nwodo. A lot of feathers may have been ruffled in the past; however, in a moment like this, we set our pride and individual acrimonies aside to do what is right.
I wish to use this opportunity to express my profound sympathy to them. I went through this same pain last two years and knew deep inside my heart; that this irreparable loss could be too hard to bear.

The fact remains that Nnamdi Kanu and I are like day and night and without question two parallel lines. I am using this opportunity to call on President Buhari and the Federal Government of Nigeria to allow Nnamdi Kanu to visit Nigeria to bury his mother. This gesture may become a turning point for everyone.

Our attention has been drawn to a incendiary interview granted to the press by Junaid that the President General of Ohanaeze Ndigbo Worldwide, Chief John Nnia Nwodo, knelt down in 2001 before a group of to beg to be made of the Federal Republic of Nigeria.
The claim by Junaid is as fallacious as it is a lies and a figment of his obviously distorted imagination intended aspersions on the person of Chief Nwodo.
While it is true that the President General was a presidential under the ANPP, just like the current President, Muhammadu Buhari, and went the country campaigning like others, at no time did to down to beg for from any group.
Firstly, Junaid and his group did not possess the singular make anybody a president. It required the collective mandate of then for him to emerge as their flag-bearer.
It is on it was Chief Nwodo who led the at their when the charade called was skewed in of Muhammadu Buhari, against the zoning policy of the party.
Secondly, if there were parameters to determine a credible aspirant to by the phantom kingmakers as Junaid claimed, Chief qualified then to lead this country by stature, managerial competence.

There is no the fact that if he had been given the opportunity to lead the country when he sought for it, Nigeria would not be in the sad state it is today, because both as an astute lawyer and economist, he would have enthroned equity, good governance and a focused and thriving economy all would be proud of.

Therefore, for Dr. Junaid Mohammed to want to denigrate the impeccable record of Chief Nwodo will not diminish his stature and person before those who already know his acclaimed competence and integrity.
Dr. Junaid is an incurable irredentist and only seeking to revive a political relevance he no longer possesses.
However, he will do well not to try to sully the image of Chief Nwodo which Nigerians know remains unassailable.